At eighteen, Scott Slapin was one of the youngest graduates in the history of the Manhattan School of Music in New York City. His many recordings of the recital repertoire have received critical acclaim in such publications as the American Record Guide, Strad, Musical Opinion, Mundo Clásico and Fanfare, and his compositions have been performed by hundreds of musicians throughout the Americas and Europe, as well as at the Primrose, Tertis and ARD Competitions. He has written seven albums of chamber music as well as educational materials for beginning string players. Scott is the first person to have recorded the complete set of J.S. Bach's Sonatas and Partitas for Violin on viola, and he is the featured soloist for the first album produced by the American Viola Society, Premieres. A former fellow at the Montalvo Arts Center in California, Scott has played in symphony orchestras from Cincinnati to São Paulo, and he made his debut as the solo violist in the 1992-1993 New York City production of Gerald Busby's Orpheus In Love, followed by a solo appearance in Carnegie's Weill Hall. He has taught violin and viola privately for more than twenty years and on five continents via Skype. Scott teaches children 8 and up as well as adults, from beginners to advanced professionals. For more information about Scott, visit www.scottslapin.com. 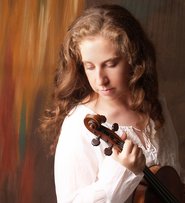 Tanya Solomon
violin/viola teacher (8 yrs and up), chamber music coach
​Private lesson rates:
Amherst ($175-$280/month) and South Hadley ($150-$250/month)
​​
​A native of Geneva, Switzerland, Tanya Solomon is a graduate of the Oberlin Conservatory of Music and Northwestern University. A finalist in the Primrose International Viola Competition, Tanya has performed extensively on both viola and violin in ensembles and music festivals throughout the United States, Europe, and South America. In 2009, her complete recording of the Bach Cello Suites on viola debuted to critical acclaim and she has made many recordings as part of the Slapin-Solomon Duo. Tanya has been involved with music for over thirty years, and she has taught at all levels including young children (8 and up), beginning adults, advanced professionals, and college students at the University of Tennessee Chattanooga. Tanya is a former principal violist of the Chattanooga Symphony and Opera and former member of the New World Symphony in Florida, the Chicago Civic Orchestra, the Spoleto Festival Orchestras in Charleston, SC and Spoleto, Italy, the Louisville Orchestra, the Philadelphia Virtuosi, the São Paulo State Symphony in Brazil, and the Louisiana Philharmonic in New Orleans. She and her husband, Scott Slapin, played together in the last four ensembles, and they often perform together in recital. Scott and Tanya won Best Chamber Performance of 2008 at New Orleans' Big Easy Entertainment Awards, and they have been guest artists at several international viola congresses. More recently, Tanya performed as soloist with the Pioneer Valley Symphony in Vaughan Williams' Flos Campi. For more information about Tanya, visit www.tanyasolomon.com. 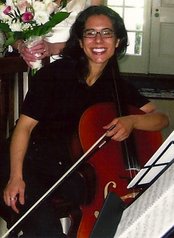 Nicole Fizznoglia studied at the Boston Conservatory of Music and received her Masters Degree in cello performance from UMass Amherst. Her teachers have included Astrid Schween of the Juilliard Quartet, Jonathan Miller of the Boston Symphony, and Matt Haimovitz. Nicole has performed with the Lark Quartet, the Lighthouse Chamber Players, the Mohawk Trail Music Festival, the Springfield Symphony Orchestra, and Kanye West at the Giants Stadium, Gillette Stadium, Mullins Center, and in New York for Hennessy Artistry. She has also taught on the faculty of the Williston Northampton School, the Community Music School of Springfield, the Berkshire Hills Music Academy, and is currently teaching at Mount Holyoke College, the Northampton Community Music Center - where she directs the Adult Cello Choir, and in her private studios in Amherst, MA and Norwich, VT. Nicole received her Suzuki Cello Training in books 1-10 under the tutelage of world-renowned Suzuki pedagogue, Dr. Tanya Carey, and is certified under the Suzuki Association of the Americas.

Hear our faculty play a piece by Scott Slapin: